Green bonds are a way of borrowing money for investment projects with a particular environmental focus. They are a tool for raising awareness of climate-related challenges and solutions while at the same time safeguarding green development projects in the county.

The money that Region Stockholm borrows within the framework of the green bonds is earmarked for environmental projects and is held in a separate traceable account that is only used for investments that meet specific environmental criteria.

Region Stockholm's framework for green bonds received the highest possible rating, dark green, by CICERO (Center for International Climate and Environmental Research - Oslo) - the independent institute that conducted the assessment published in August 2018. A dark green rating is allocated to projects and solutions that correspond to the long-term vision of a low carbon and climate resilient future. The green bond framework highlights Region Stockholm´s work for Agenda 2030 and specifies how the work with green bonds is done and reported.

In 2016, Region Stockholm, in cooperation with other Nordic public issuers of green bonds, began an effort to formulate a common approach to feedback reporting. The cooperation is founded on the conviction that a common Nordic position will offer reporting standards for issuers and valuable insight for other green bond issuers as well as the investor market. There is also a value in sharing experiences and expertise.

The objective is to develop a transparent, harmonized and relevant approach to reporting the effects of green bonds. The group's ambition is to continue to develop the cooperation between the Nordic issuers of green bonds, and to continually refine the impact guide published January 2019.

Region Stockholm annually publishes an impact report to investors, including project descriptions and expected impact for all projects. Below there are some information about the projects financed with green bonds, more information is to be find in the impact report. 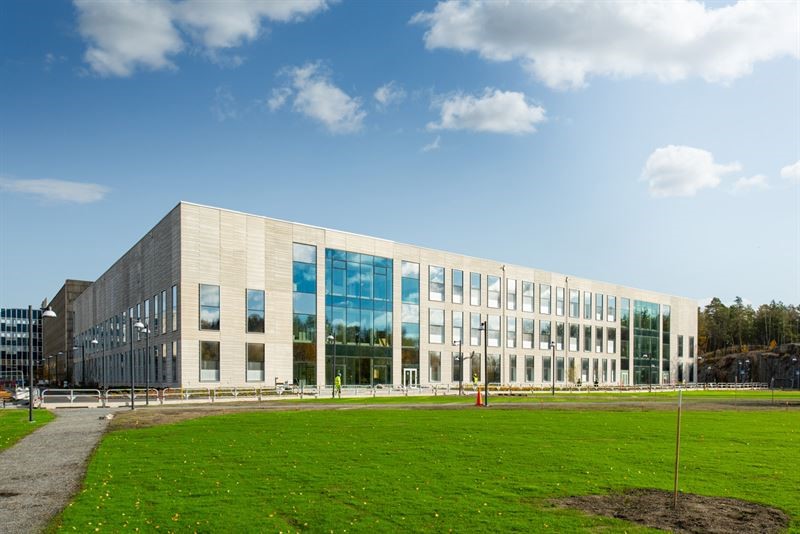 Chopin, which is part of Karolinska University Hospital in Huddinge is a state-of-the-art building designed for advanced healthcare with the latest medical technology. The new 29 000 sqm large building contains cutting edge technology and equipment for demanding surgery with 23 operating theaters and a capacity of 18 000 surgeries per year. The new building also host radiology and a sterile technical section. The building is constructed in accordance with Miljöbyggnad 2.2 and the project has received an overall rating level Gold. 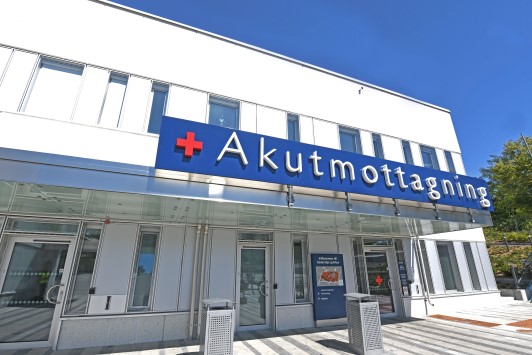 Södertälje sjukhus AB is part of the ongoing extensive development of Region Stockholm's health and medical care services. Two new treatment buildings of Södertälje sjukhus were completed during 2017, including among others a new intensive care facility, a new emergency and a new cesarean section. This allows 7 500 additional emergency visits, increasing the total to 42 500 visits/year and making it one of the most modern hospitals in Sweden. The hospital has a central and expanded role, as a combined emergency and local hospital, for people living in the southwest part of the region. 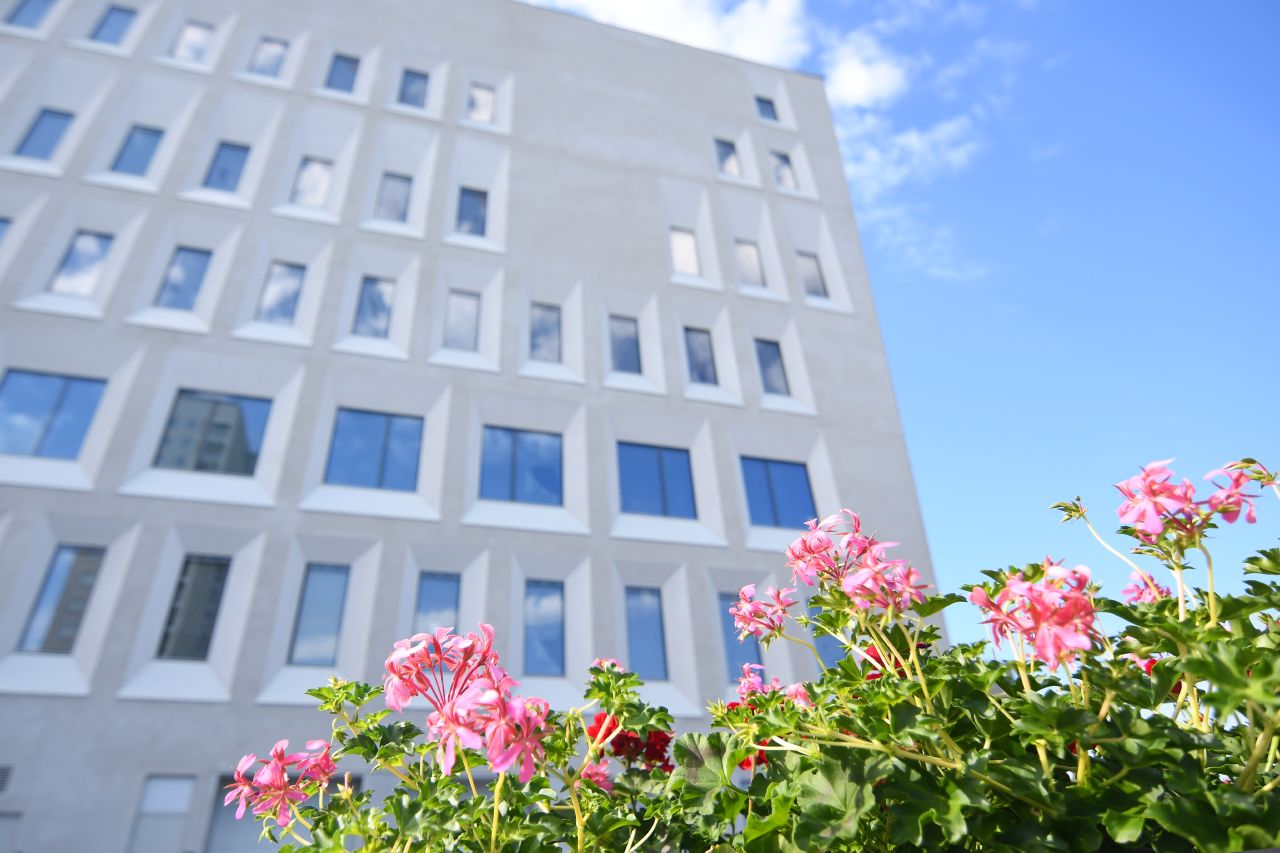 The new construction of Södersjukhuset AB (Framtidens Södersjukhus) is part of Region Stockholm’s future plan for health care. The future plan is one of the largest investments made in healthcare in the Stockholm region. Södersjukhuset AB is an emergency hospital located in central Stockholm. During the project Framtidens Södersjukhus, which was completed in 2019, Södersjukhuset AB has expanded by approximately 50,000 square meters where all three buildings were built at the same time with maintained care capacity. The three new buildings have been constructed in accordance with Miljöbyggnad 2.2 and all three projects have received an overall preliminary rating level Gold. In a few years, a verification of the certification will take place. One of the new buildings won the award “Årets Miljöbyggnad” which is Sweden’s most prestigious price for sustainable construction. 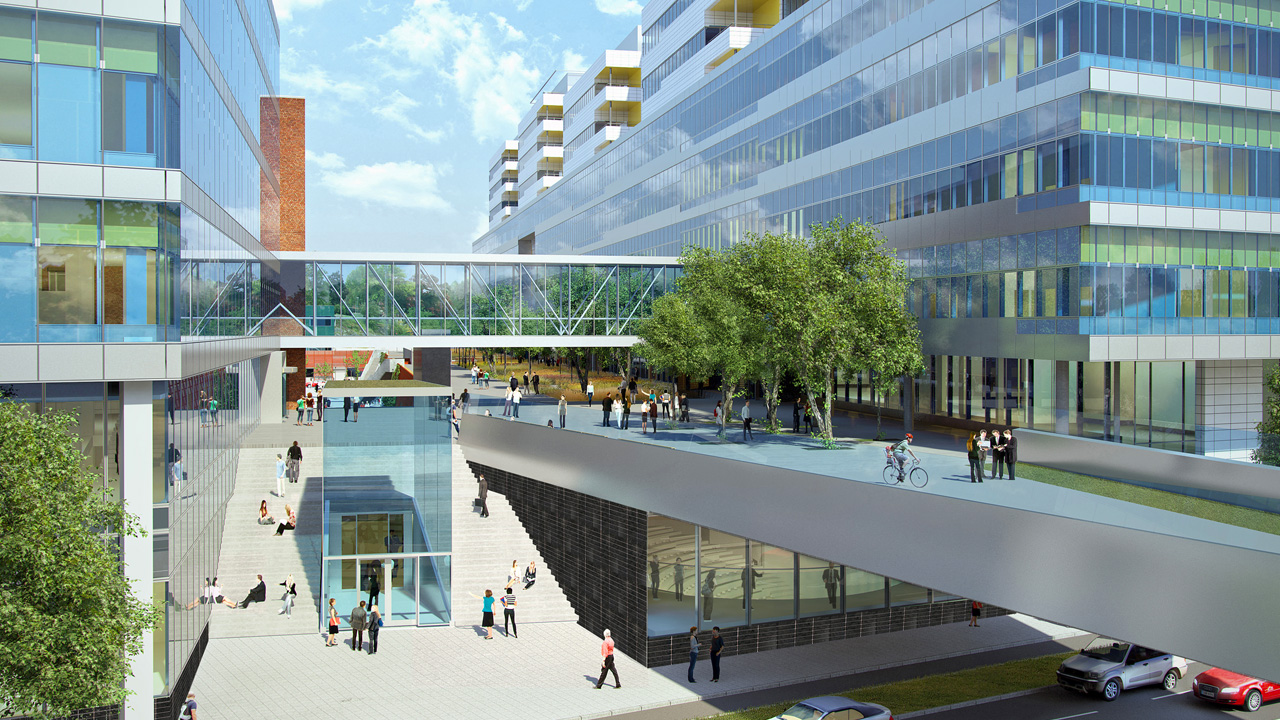 New Karolinska Solna (NKS) is one of the world’s most sustainable university hospitals both when it comes to facilities and to the environmental work regarding pharmaceuticals, textiles, patient meals and disposables in health care.

New Karolinska Solna (NKS) is one of the world's most sustainable university hospitals both when it comes to facilities and to the concept of patient flows. The focus is on good indoor environment to ensure that patients and staff have good conditions. To achieve the exceptional environmental and sustainability goals that is set for the hospital, the entire project has been carried out from a sustainability perspective, from the choice of materials to the design of the building.

One of the tools used is environmental certification of the buildings. Two types of certification schemes have been used; Miljöbyggnad issued by the Sweden Green Building Council, and LEED, an international
green building rating system. The aim is to achieve the Gold level in both systems. 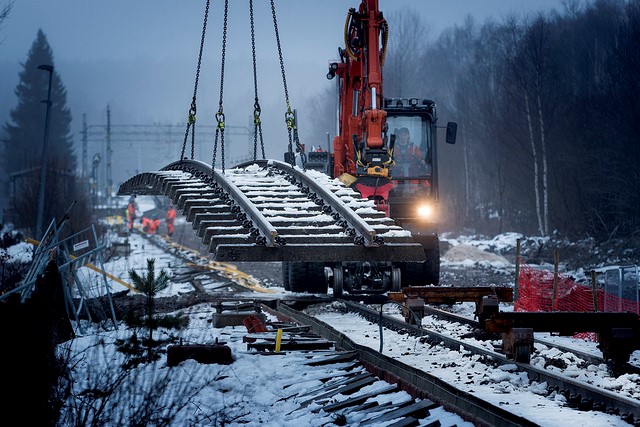 The Roslagsbanan expansion programme aims to develop and strengthen the capacity of a historical railway line that is of great importance for public transport in the north-eastern sector of Region Stockholm.

In addition to promoting sustainable travel, the programme includes many environmental initiatives. The project has a large focus on the re-usage of materials; rail and sleepers, ticket machines and catenary posts are re-used. Recycled glass is also used as lightweight fillers. Wildlife preservation is also a key focus area. 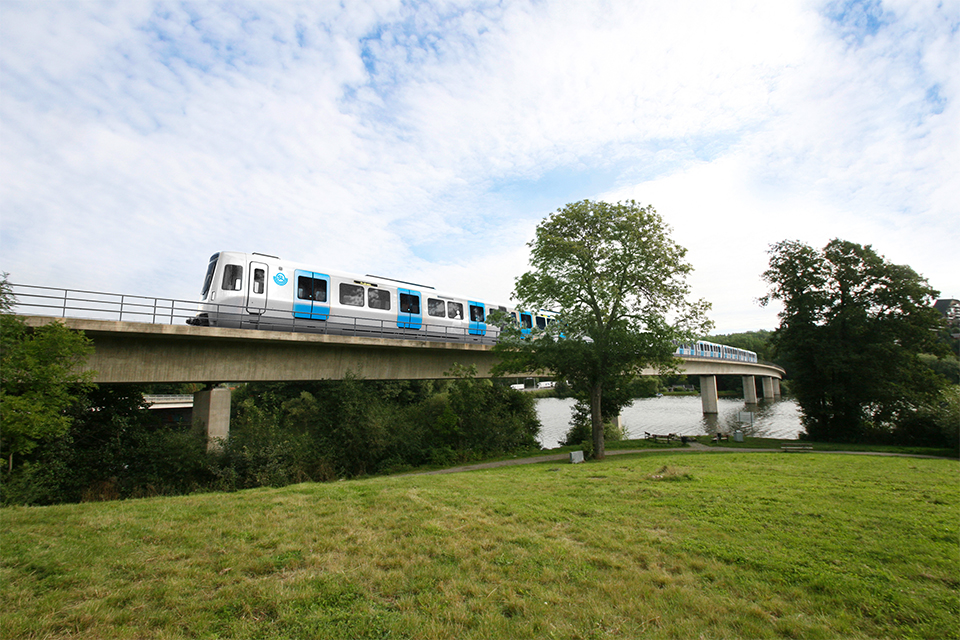 Almost 100 new vehicles will be taken in to traffic with start during 2019, with full effect year 2022. To maintain the new vehicles, depots have been built and upgraded.

Extension of the Metro in Stockholm

The extended metro will be an additional resource efficient and climate-smart travel alternative to fossil-fueled means of transport. It is the largest investment in the subway system in modern times. 19 kilometers of new track and 11 new stations divided into four sections are being built and around 2026 the Metro service will operate between Nacka C, Barkarby station and Arenastaden. Today, the number of vehicles and the capacity of the depots fall short of the requirements necessary for the successful extension of the planned Metro. More vehicles and garaging points with greater capacity for servicing vehicles are needed for the Metro extension.

Depot for extended Metro in Högdalen

The object of the Vehicle-Depot project is to reinforce the capacity at the existing Högdalen depot by several measures, promoting the resilience and capacity of the overall metro system. The Högdalen maintenance facilities depots will be expanded and the connection possibilities to the depot will be extended to be accessible to both the Green and the Blue Lines. All these measures will make it possible to increase the number of vehicles. The project is vital for ensuring that the finished Metro lines will be fully operational for the scheduled launch of service. At the same time, an upgrade is being performed on the vehicle fleet and the transport systems. Reinforcing sustainable transport systems reduces the level of direct carbon dioxide emissions in Region Stockholm. Multiple measures are also planned to reduce the indirect climate impact in the construction phase of the depot.